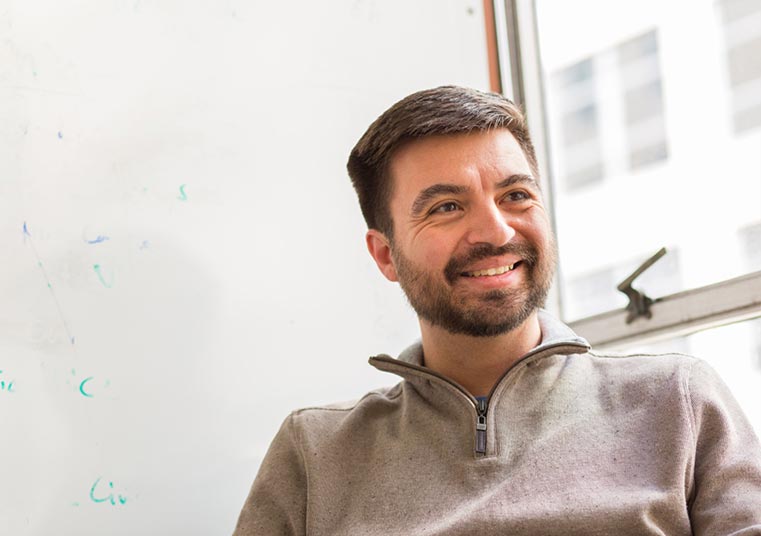 Pablo is a Senior Strategist with Grassroots Solutions and joined the firm in 2013. His client work has included building and running statewide field operations, facilitating the creation of strategic engagement plans, advising the implementation of long-term organizational and grassroots organizing, and conducting evaluation and learning efforts, including landscape assessments, short-term reviews, and long-term developmental evaluation. During his eight years with Grassroots Solutions, he has worked with philanthropic institutions and funders – such as the Ford Foundation and the State Infrastructure Fund – as well as with engagement and advocacy organizations – such as America Votes, the American Wind Energy Association, Majority Forward, SEIU, and the Union of Concerned Scientists.

As a Senior Strategist, he most enjoys helping clients work through engagement goals and methods. This includes navigating the ways in which resources and money and power intersect with communities and people striving to build power that will enable them to create better lives for themselves and others.

Before joining Grassroots Solutions, Pablo spent over a decade working on local, state, and national campaigns as well as working in the United State Congress. As a campaigner, he was on the field staff for multiple mayoral and Congressional campaigns, was Political Director for U.S. Senator Tom Udall (NM), was New Hampshire State Director for the presidential campaign of Governor Bill Richardson, and was on the national political staff in Chicago for President Obama’s 2012 re-election campaign. On Capitol Hill, he spent several years as a policy advisor in both the U.S. Senate and the U.S. House.

When he’s not working, Pablo is busy exploring his recently adopted hometown of Los Angeles (Go Dodgers!) and hanging out with his wife and young daughter.